Research published in Diabetologia – the tongue-twisting title of the journal of the European Association for the Study of Diabetes – included over 24,600 healthy men and women aged 40–79 years who were asked to record everything they ate or drank for seven consecutive days, including sugar-sweetened soft drinks, sweetened tea or coffee, sweetened milk drinks (eg milkshakes, flavoured milks, hot chocolate), artificially sweetened drinks and fruit juice.

Nearly all participants drank at least one sweet drink during their 7 days, with soft drinks proving the most popular (52%) but sweetened tea or coffee contributing most (33%) to the total beverage weight overall.

These volunteers were followed for an average of 11 years to see who went on to develop type 2 diabetes. Scientists from the UK Medical Research Council (MRC) Epidemiology Unit, at the University of Cambridge, then performed statistical number-crunching to assess what would happen if drinks containing sugar were replaced with unsweetened tea, coffee or artificially sweetened drinks.

First, the bad news – every serving of soft drinks, sweetened milk beverages and artificially-sweetened drinks increased the risk of developing type 2 diabetes by around 22%. After further accounting for body mass index and waist circumference, the higher risk of diabetes remained for both soft drinks and sweetened milk drinks, but the link with artificially-sweetened drinks disappeared as these were preferentially selected by people whose higher weight was the main underlying cause of their diabetes. 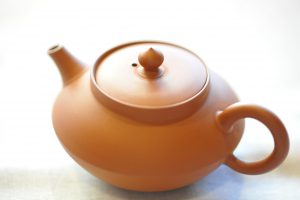 The good news is that fruit juice and sweetened tea or coffee was not related to type 2 diabetes, although that doesn’t give us carte blanche to spoon sugar into our morning cuppa. In fact, drinking unsweetened tea or coffee actually protected against type 2 diabetes, with every daily serving (280g) reducing the risk by 8%. Drinking water had no impact on risk at all.

The authors acknowledge the limitations of asking people to record what they eat, but as their study included detailed dietary assessments collected in real-time (rather than later recall) and involved so many people, with such a long follow-up period, they concluded  their method was robust enough to support recommendations from the World Health Organization that we should all limit the intake of free sugars in our diet.

This research supports previous research linking tea with a reduced risk of diabetes, but conflicts with other studies which suggest that drinking cocoa has beneficial effects on insulin resistance.

As a cocoa lover, I can rationalise that proper cocoa – with a high cocoa solids content and little sugar – is a different animal from the over-sweetened, artificially-flavoured hot chocolate and chocolate milk that may have accounted for these findings. That’s what I’m hoping, anyway!

Cinnamon and chromium supplements have also been shown to improve glucose control and may help to reduce the development of type 2 diabetes.