A good intake of B vitamins can protect your eyesight by preventing cataracts. A cataract is an opacity in the normally crystal-clear eye lens, caused by changes in lens proteins that are similar to those which make a cooked egg white turn cloudy. This opacity results in blurring, sensitivity to sun glare, changes in colour perception, and seeing a halo around lights.

Most people over the age of 65 have some degree of cataract, which progresses with age. The development of cataracts is linked with:

Previous research has shown that people with the highest dietary intakes of antioxidants such as vitamin C, vitamin E, selenium and carotenoids (eg lutein, zeaxanthin and lycopene) from fruit and vegetables have the lowest risk of cataracts. 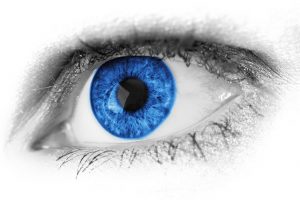 Dark green leafy vegetables (eg spinach, kale, watercress), broccoli, carrots and other yellow-orange fruit and vegetables are especially beneficial as they contain carotenoid pigments such as lutein and zeaxanthin. Research involving almost 77,500 female nurses found that, after age, smoking, and other potential cataract risk factors were controlled for, those with the highest intakes of lutein and zeaxanthin were 22% less likely to develop cataracts severe enough to require extraction than those with low intakes.

A small trial involving 50 people with age-related cataracts found that bilberry extracts plus vitamin E stopped cataracts progressing in 97% of cases due to their antioxidant action.

Researchers have now unexpectedly found that good intakes of B vitamins are also associated with a reduced risk of cataracts.

In the AREDS study, involving 3,115 people aged 55 to 80, who were followed for almost ten years, those with the highest dietary intakes of riboflavin (vitamin B2) were 22% to 38% less likely to develop mild to moderate cataracts than those with the lowest intakes. Similar results were seen for vitamin B12 and vitamin B6.

Why do B vitamins protect against cataracts? 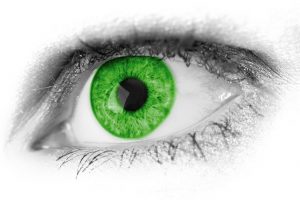 The exact reason why B vitamins protect against cataracts is unknown, as they are not highly oxidant like vitamins C and E. Their protective effect is believed to result from the important role that B vitamins play in energy production, and from the role they play in red blood cell formation.

To reduce light scattering, lens cells lack a nucleus, and the lens does not contain any blood vessels. Lens cells must therefore obtain their supplies of oxygen and nutrients by diffusion from the eye fluids in which the lens is suspended. This leaves the cells particularly vulnerable to nutritional deficiencies such as a lack of the B vitamins needed for energy production.

Interesting research suggests that vitamin B3 protects against non-melanoma skin cancer, too.

One thought on “B Vitamins Protect Against Cataracts”